Why the Isle of Wight gets pickled

Of all the wonderful fundraising events which our supporters run for CLDF, the Isle of Wight Pickle Wars are surely the most unique. Their organiser, Terry, explains how it all came about.

The Pickle Wars originally arose out of a conversation among us regulars at The Woodvale Hotel in Gurnard about who could produce the best pickled onions. We decided to make it into a competition for a bit of fun. The first Pickle Wars, in January 2001, proved so popular, it was proposed to make it an annual event and use raffles and an auction on the day to help raise funds for a charity.

The following summer, my grandson, Daniel was born and was immediately very poorly. In fact, he almost died when he was just a few days old. He was taken to Kings College Hospital in London and diagnosed with alpha 1 antitrypsin deficiency. It was here that someone from CLDF advised my son and daughter-in-law as to what help could be given. Knowing that this continued help would be available for the family, we decided that this would be the charity we would support.

The response at Pickle Wars 3 was amazing. We hoped to raise a few hundred pounds and ended up with over £1,0000. This was achieved by having support from the local community who wanted to help my family.

Over the following years, the event just grew and grew. We eventually averaged 40 plus entries with onions being flavoured with whisky, chillies, garlic, orange juice, battered, dyed various colours, covered in chocolate and other concoctions. The onions are judged by customers there on the day. And for some obscure reason, everyone seems to take it very seriously.

Competitors put a huge effort into creating the perfect pickle

To date, the Pickle Wars has raised £87,000 for CLDF and we just find this amazing. This is down to the hard work of the staff at the Woodvale, in particularly the manager, Kev Parkin, who puts a great deal into organising the whole day which just wouldn’t happen without him. We also have generous support from the local businesses in Gurnard and Cowes who provide us with fantastic raffle and auction prizes. It’s a real community effort and as a family we are very grateful.

I’m happy to report that Daniel is doing very well. He will be 19 this July. He is doing a degree in commercial music, he’s started up a couple of groups and done some recording. He also has a girlfriend who is very supportive. 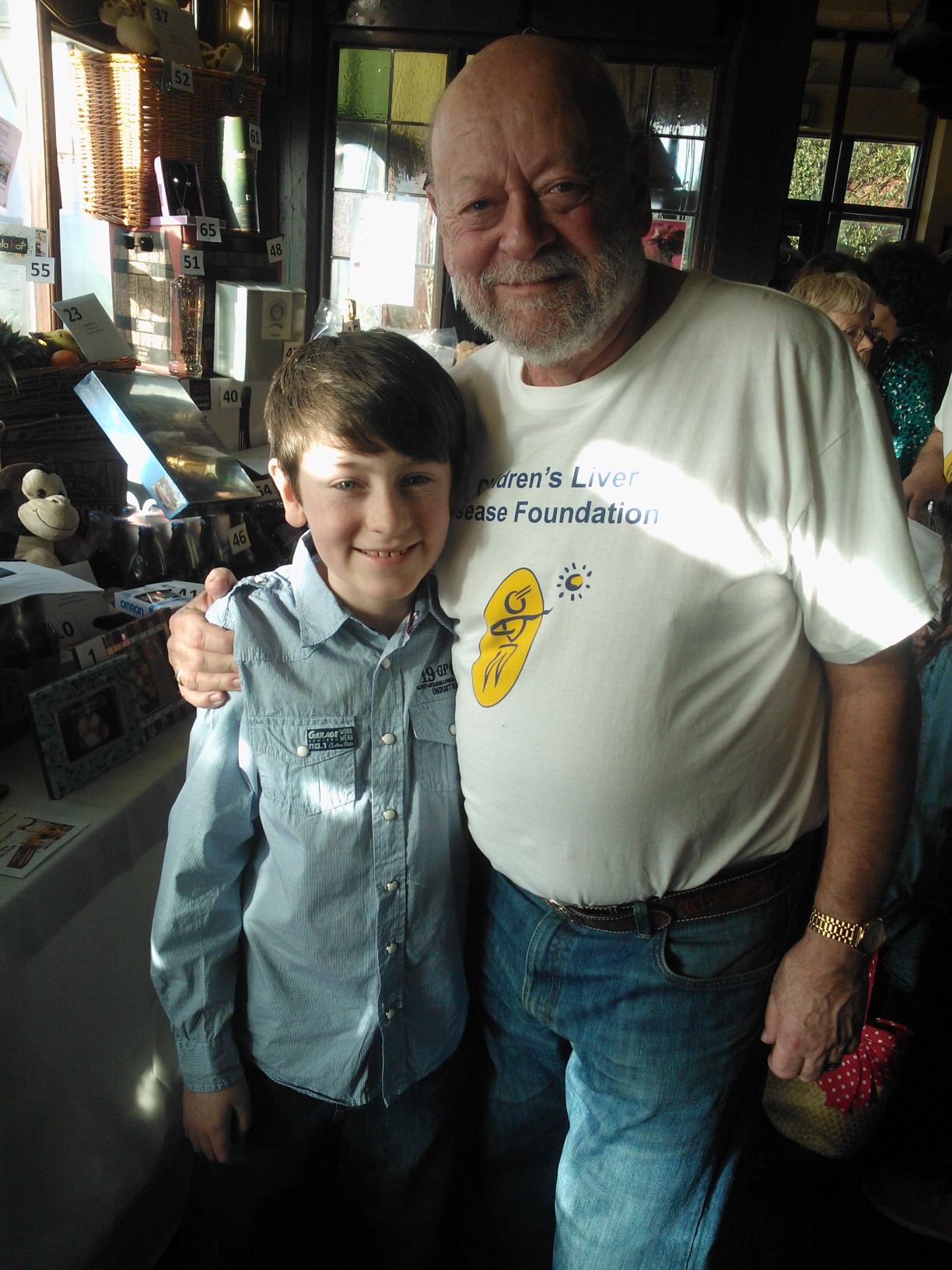 Terry and his grandson Daniel at the 2014 Pickle Wars

The Pickle Wars has become a real fixture in the local calendar and for us it’s a great way of raising much needed funds for a cause which means a lot to us. Obviously it couldn’t happen this year due to the pandemic but we’re very hopeful that Pickle Wars 20 will take place next January.

Children’s Liver Disease Foundation is the only UK charity dedicated to fighting all childhood liver diseases.